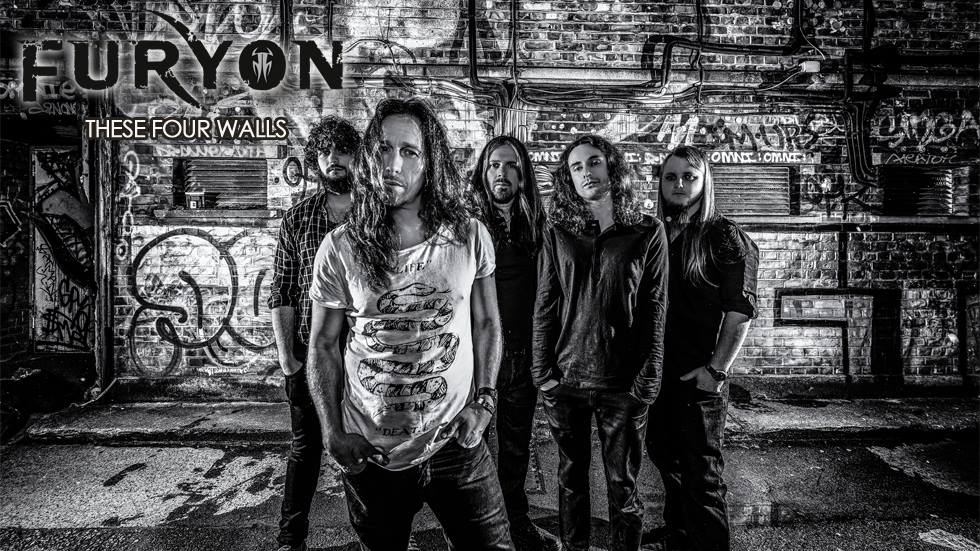 For our second day of Band of the Day we bring the spotlight to a kick ass hard rock/metal band from the UK, Furyon. This is one band that is definitely garnering a lot of great attention for their heavy metal / hard rock sound. They bring in levels of progressive as well as classic rock influences and have developed their own sound that will have you ready to rock in no time.

They are currently set to release a new album, Lost Salvation on January 26th through Dream Records/Cargo Records and will feature 10 kick ass hard rock metal songs. They recently released a music video for their song, These Four Walls. It is an incredible track with sexy swirling guitars, sensational solos, powerful vocals and  sweet harmonies. If this is any indication of what their new album brings, it will definitely be a contender for a highly anticipated release.

Song to check out:  Don’t Follow  which you can pick up on iTunes here: https://itunes.apple.com/us/album/dont-follow-single/

Video to check out:  These Four Walls which is off their upcoming release, Lost Salvation

Make sure to visit their social media sites and stay up to date on their latest news. We will see if we can bring you an interview with Furyon and discuss their upcoming album release.