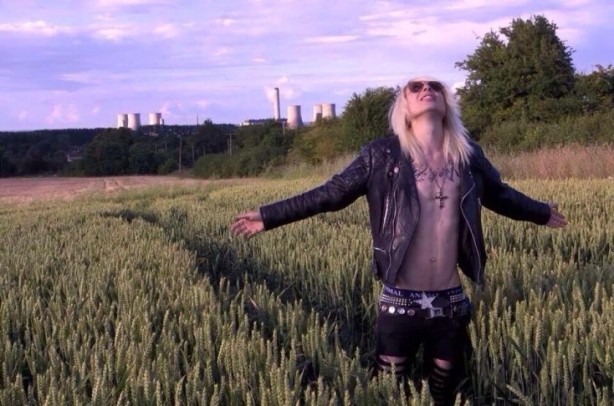 For anyone looking for something new in their lives, with a sprinkle of the oldies, I’ve got the band for you. Sanity Loss is an up incoming hard rock band based out of Oxfordshire, UK. Though they dawn the look of a hair metal band, they change the world of glam rock by combining it with screamo. If you want outrageous, take a hit off these guys. From writing their own killer tracks to doing an out of this world cover of Backstreet Boys, Sanity Loss incorporates great music into a flashy set. Just like their glam rock predecessors, they also know how to party! Bassist Tyler Dawson recently discussed with Drift N Die Press some of his wildest experiences, as well as the past, present, and future of Sanity Loss.

Tyler: Well we just love making music and the fact people enjoy the music we write really is the best feeling in the world. We want to put the art back into artist. Every member puts 100% into the band and we can’t see ourselves doing anything else, which is why it works so well!

DND: How’d you guys meet & get started as a band?

Tyler: I had recently left an old band I was in, so I was in need of forming Sanity Loss. I had the band name, I had ideas of what I wanted but only thing missing was the members! So I went to every local show I could to find people I believed had the same drive and passion as myself. Dan (Lead Guitarist) was the first I recruited and we made Sanity Loss our baby. We then found the best people possible to join us and succeeded.

DND: Can you give a little insight towards your recent lineup change?

Tyler: Well we had all discussed for months now about parting ways with the old vocalist, for both professional and personal reasons,  so eventually that day came and we let him go. So now we had no vocalist and we’re searching the UK for the next frontman. I came upon a guy called Jamie Maloney, who I knew from the local scene in the midlands of the UK. After a few messages, we managed to convince him to come jam with us and the jam was insane! We made him an official member there and then, wrote two new songs and went out to the clubs to celebrate that night! We’re all very happy to have him in the Sanity Family!
DND: Of all the songs you’ve written, which meant the most to you & why?

Tyler: For me personally, the song that means the most to me is our new song ‘Days Have Faded’. We had an old version of the song with the past vocalist, however Jamie and myself re-worked the lyrics and both put our hearts into the song. It’s about the struggle of being an unsigned artist, and many references to demons we’ve had to battle in the past. I can’t wait to hit the studio and get it recorded since it does so well live.

Tyler: We have some of the most amazing fans ever! The fact we even have fans makes me smile every single day, without fail. I have received fan mail in the post, been given gifts at shows, had people travel for miles just to come see us play, it’s insane and means the world to every single one of us! 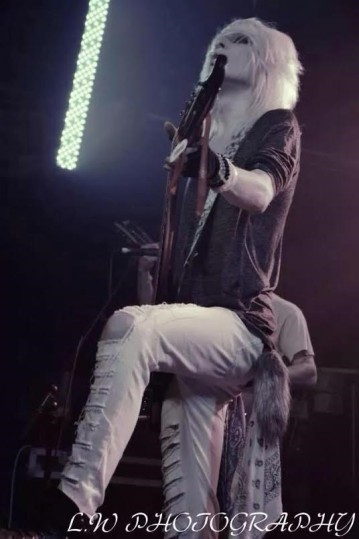 Tyler: Okay, so I went on a weekend away with some friends of mine called Will, Alex and Morgan. While we were out partying I bumped into some people who knew me and the band. So we partied with them and invited people back to our hotel to party after clubs closed. It got wild and we were partying both in the rooms and on the hotel roof (I’m sure the manager was furious). I went into the bathroom and heard banging on the door, as I tried to leave I realized they had barricaded the door shut! I was locked in the bathroom with no way out! I was eventually let out by my friends and it was a weird experience. I laughed about it and carried on partying but still to this day have no idea why I was locked in the bathroom. What made it worst was that somebody who was in there before I was had gone number 2 and the whole bathroom smelt so bad! Was still an amazing night!

DND: While on the topic of crazy fans—What’s your general reaction towards fan fiction?

Tyler: I find fan fiction so funny! I have read quite a few about myself now and it’s always interesting to see how people think I’ll be. I’ve read ones where I am a soft, passionate lover and others where I am a complete whore! It’s always fun and if people find any about me, please link me to them so I can have a cheeky read!

DND: You are a ladies’ man. Any horror stories of groupies being too aggressive?

Tyler: So this story isn’t really aggressive, but I was with a groupie from a show we played and while I was asleep she managed to handcuff me to her bed, then went to work, leaving me stuck there with a note saying ‘Be home soon’ and a drink with a straw next to me. I was frustrated ’cause my cigarettes were on the other side of the room! It seemed to be a very long day of me just stuck on this bed, with nothing to do. She finally returned home and let me free and said she just didn’t want me to go, so I ended up staying another night. I hope she deleted the pictures though..

DND: Back to the serious questions here—What’s the most memorable experience you’ve had as a band?

Tyler: We’ve had so many memorable experiences together so it’s hard just to pick one. For me personally, I’d say one of our first shows was a memory I will never forget. My family and close friends all came out to check us out and I just remember playing and looking out and seeing them all smiling and enjoying the show, and the feedback they gave was great, and it made me so happy knowing that my family and friends saw me doing what I love most and gave me all their support!

DND: You all have individual influences, but as a whole, who is your biggest inspiration as a band?

Tyler: We all have so many different influences, which is what makes us stand out, because we bring it all to the table and you can hear it all in our music. We want to do something unique and different and we feel, especially with our new songs, that we are doing just that!

DND: On an individual basis, who inspires you? 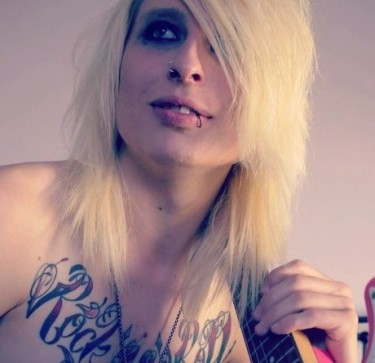 DND: What is one song that will always touch your heart?

Tyler: Picture Perfect by Escape The Fate because I think the lyrics are beautifully written. We all have that one person we miss more than anything and I think this song sums up those feelings perfectly.

DND: What’s it like to know you inspire others?

Tyler: It’s insane! It honestly makes me feel amazing knowing that something I put my heart and soul into inspires others to keep moving forward and do what they love! You only get one shot at life, so live it the way you want to live, make yourself happy, not everyone else!

DND: Can you tell me a little bit about the music you’ve already released?

Tyler: Well we released two songs with our old vocalist called ‘Fearless’ and ‘True Reflections’ however since Jamie has joined we took them down, because we have re-written them and improved them to the standard we are all happy about. We will be releasing new demo’s with Jamie as soon as possible and hopefully recording our Debut EP after our UK Tour at the end of the year! At this moment in time, on our pages we have two instrumental’s of songs we have been working on and we can’t wait to get the vocals recorded and show the world what we’ve got!

DND: Finally, what’s down the road for the band, and where would you like to be in your career by this time next year?

Tyler: So we are currently writing new material, which we are all very pleased with, we feel we’ve gone to the next level with the new songs! We are getting ready for our UK tour with our friends in Contek, then hopefully hitting the studio to record our EP towards the end of the year/start of 2015! We also have merch on the way, and we are all very excited about the designs we have and we hope people love them! You can check our twitter www.twitter.com/SanityLossBand and facebook www.facebook.com/SanityLossBand for any information on the things I briefly spoke about!