Like the undead slashers celebrated in their songs, Ice Nine Kills return with “The Silver Scream 2: Welcome to Horrorwood”, a sequel of gruesome movie-sized proportion to their No. 1 Billboard Hard Rock Album, “The Silver Scream. Welcome to Horrorwood” carves out a fresh, bloody homage to the VHS celluloid classics that possessed singer Spencer Charnas at an early age, with a devilish new twist.

Ice Nine Kills make music both timeless and timely, mixing metal, hardcore, and punk, with accessible power. New hard-rock-meets-horror anthems like “Hip to be Scared”, “Assault & Batteries” and “Take Your Pick” demonstrate Spencer’s fascination with fright, obsession with pop culture, and his expertise with inescapably wicked melodic hooks and clever twists of phrase.

Drew Fulk (A Day To Remember, As I Lay Dying, Emmure) produced “The Silver Scream” and returns for “Welcome To Horrorwood”. Guests on this album include Jacoby Shadix (Papa Roach), Georg “Corpsegrinder” Fisher (Cannibal Corpse), Brandon Saller (Atreyu), Ryan Kirby (Fit For A King), and Buddy Nielson (Senses Fail). The record combines melodies, riffs, and the fun, which are the band’s trademark as you can hear in the top 10 mainstream rock single “A Grave Mistake” and the top 20 hit “Savages“.

Dan Sugarman (guitar/vocals), Ricky Armellino (guitar/vocals), Patrick Galante (drums) and Joe Occhuiti (bass/vocals) are the current bandmates of Charnas, that founded the band in the early 2000’s as a teenager. Decadent, devious, and crazy – Ice Nine Kills celebrate the dark sides of the pop culture and draw in “The Silver Scream” and “The Silver Scream 2” from iconic horror movies. The creative connection of music and fiction started with the top-5-hardrock-album “Every Trick In The Book”, which brought the topics of the three previous records to a new level.

Loudwire hails Ice Nine Kills as “one of the most unique acts in metal right now”. The band’s synergy of music and lifestyle draws favorable comparisons to Slipknot and Rob Zombie. Visionary trailblazers and multimedia raconteurs, INK built a thrilling world for a growing legion of devoted true believers, with theatrical shows, high-concept videos, and inventive band-to-fan communion.

Ice Nine Kills just recently finished the Trinity Of Terror tour in the US with Black Veil Brides and Motionless In White. Now they announced two new tours. The US will see the band back on the road this fall, where INK will be supporting Slipknot on their Knotfest Roadshow tour. Ticket sale starts this Friday. 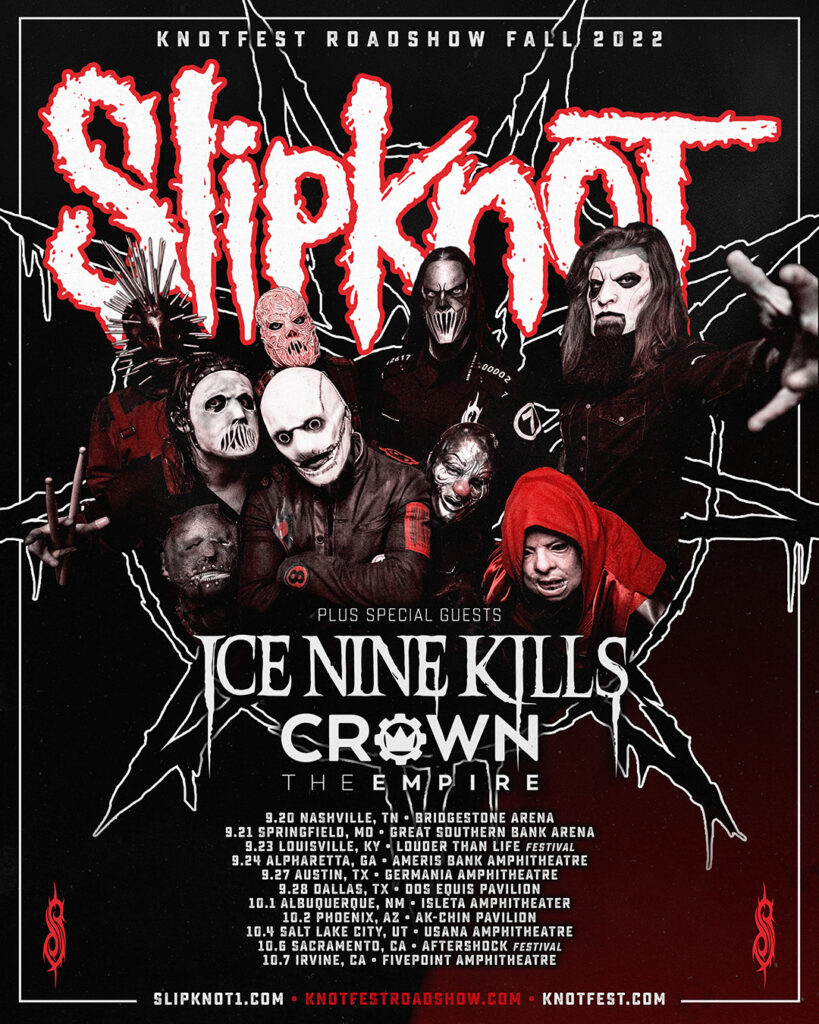 Europe/UK can also look forward to see INK live again. The band announced the WURST VACATION tour for early 2023. Tickets will go on sale this Wednesday at https://iceninekills.com/#tour 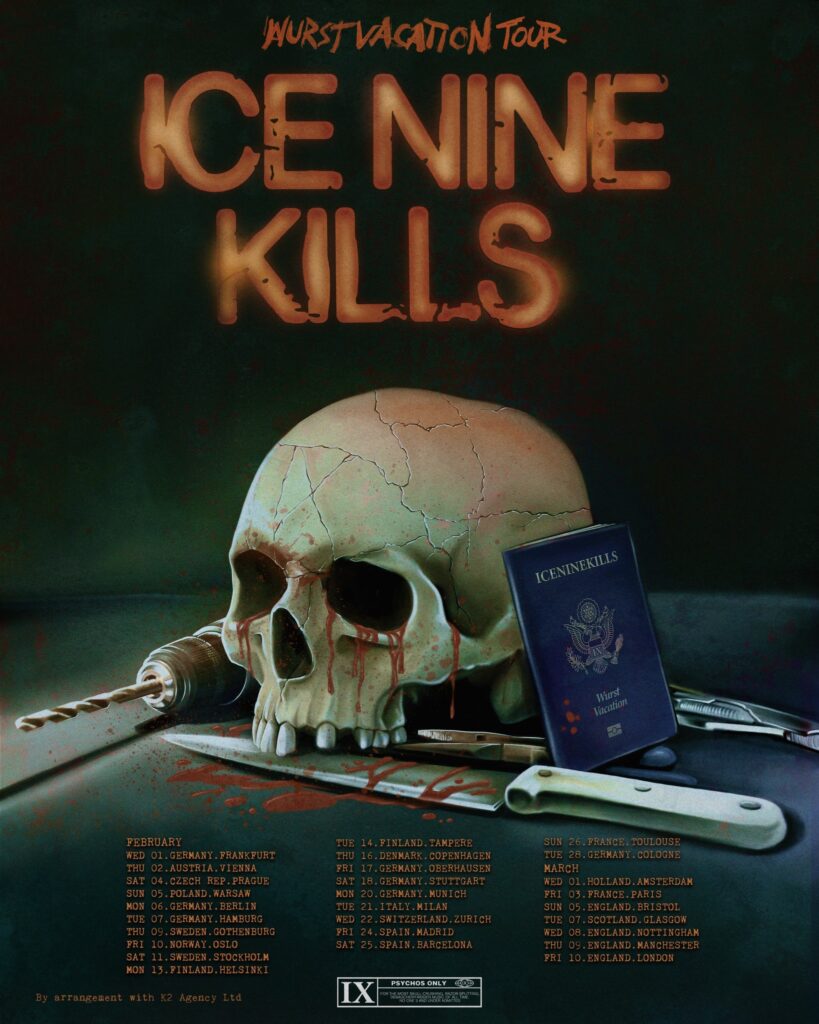 The band’s latest video release for the song “The Shower Scene” gives a good impression of an INK show. The scenes were shot during the Trinity Of Terror tour.