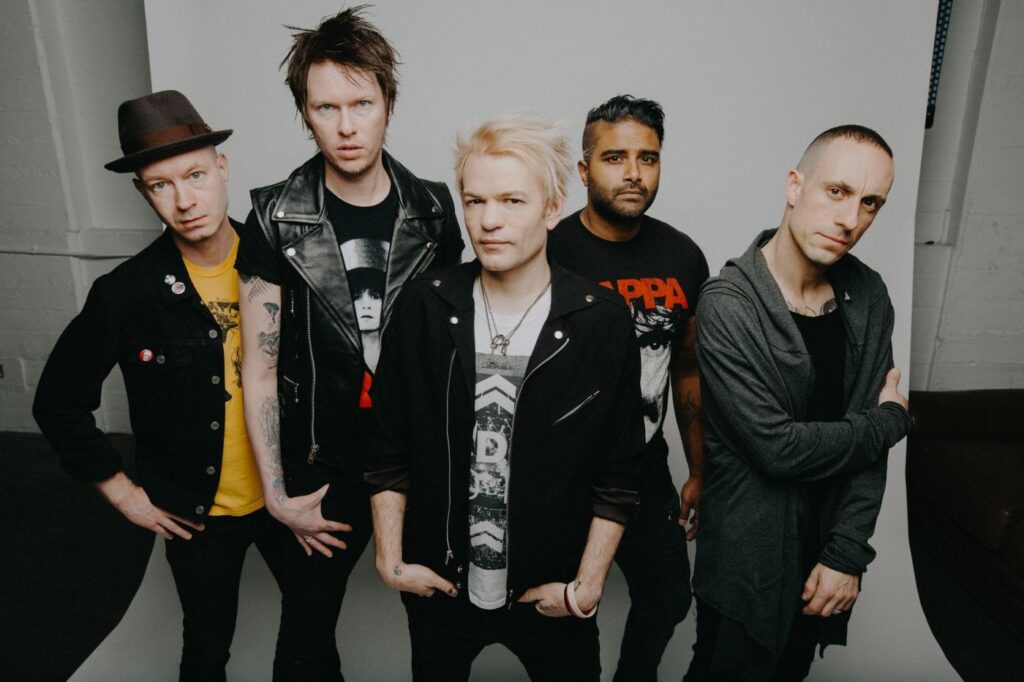 Grammy-nominated band Sum 41 have announced the “Does This Look All Killer No Filler Tour”, an upcoming full European tour featuring special guests Simple Plan. Sum 41 are inviting fans to celebrate 20+ years of their albums “All Killer No Filler” and “Does This Look Infected?” on their first European shows in over two years. The tour kicks off on September 20 in Stuttgart, DE, and will be hitting cities like Paris, Vienna, Milan, and Budapest. Artist pre-sale tickets go on sale on May 17th at 11 am local time. All tickets will be on sale on May 20 at 10 am local time. 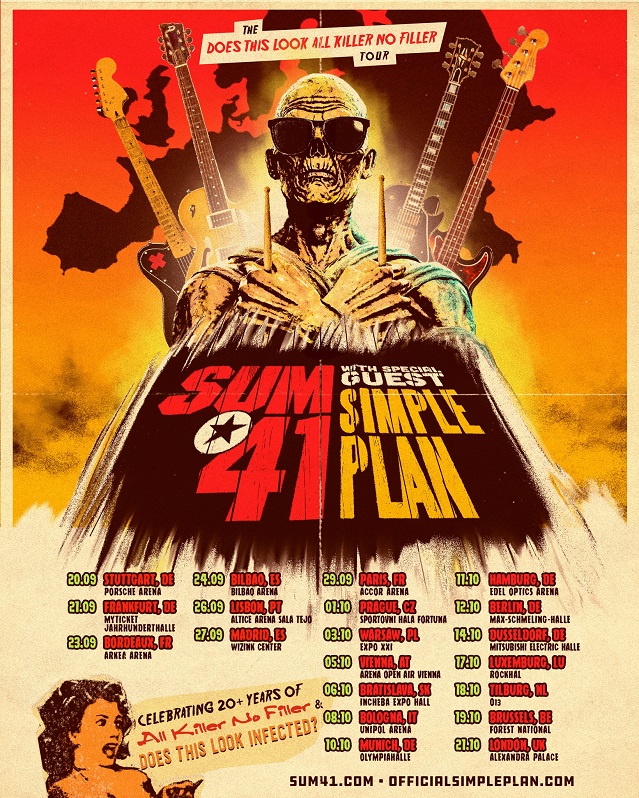 “We’ve been having such a great time on our tour with Simple Plan in the States and cannot wait to bring the party over to Europe”, shares vocalist Deryck Whibley. “We’re so excited to celebrate the anniversaries of some of our favorite albums along with other hits and favorites with you on the “Does This Look All Killer No Filler” tour!”.

In a recent exclusive interview with Rolling Stone, the band shared a first look at the details of their upcoming eighth studio album. Vocalist Deryck Whibley shared that the double album, titled “Heaven and Hell”, is shaping up to be the most ambitious of the band’s career – half of the album brings SUM 41 back to their pop-punk roots, “Heaven”, and half of the album is strictly metal, “Hell”.

Looking back at the band’s storied 24+ year career with over 15 million records sold worldwide, multiple Billboard Charting releases, a Grammy Award nomination, 2 Juno Awards (7 nominations), a Kerrang! Award in 2002, as well as multiple Alternative Press Music Awards, Sum 41 is quite simply a rock band – uncompromising and honest with no intention of slowing down.

After traveling together this year to the United States for their “Blame Canada Tour”, Simple Plan, the multi-platinum band from Montreal, will be the special guest of the “Does this look all killer no filler tour”. From their millennium rise to MTV superstar, through the modern renaissance of pop-punk that introduced some of their iconic sounds to new fans around the world, the Canadian band has been indelible and prominent in the pop culture for more than two decades and they have never lost sight of relationship with the fans over time. Simple Plan have sold 10 million albums worldwide, with numerous awards received around the world and performances in over 60 countries.

For warm-up check out the band’s show at Hellfest 2019 (available until June 17th).

For a full list of tour dates and tickets go to https://www.sum41.com/tour