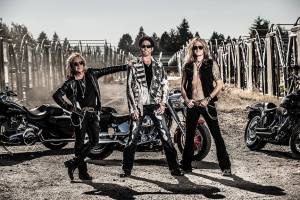 It is awesome to see that three of my favorite iconic rockers have joined forces as Revolution Saints and they are set to release their self titled debut album in February of 2015. This power trio is ready to bring back your love for fierce swirling guitar solos, on point rock drumming which so many of us miss today and then vocals that take you back to the days of stadium rock! Revolution Saints feature  guitar skills by Doug Aldrich (Whitesnake), bass and co-lead vocals by Jack Blades (Night Ranger, Damn Yankees, Shaw/Blades) and drums and lead vocals by Deen Castronovo (Journey, Bad English).

They have just released a video for Turn Back Time, check it out here:

Now, after listening to that, there is only one thing I can say…….. THAT IS ROCK N ROLL!

The video was directed by Devin DeHaven known for his work with Rick Ross, Whitesnake, Kiss and R. Kelly.  The album is set for a February 24th release date through Frontiers Music SRL. “It’s a fun record. It’s not safe. It is a musician’s record,” states Castronovo. The album definitely brings out a strong 80’s rock vibe but in no way remains dated. It highlights the excellent musicianship of these three iconic rockers. The album is available for pre-order at Amazon in standard CD a thttp://geni.us/RevSaintsAMZReg and deluxe edition with bonus DVD at http://geni.us/RevSaintsAMZDlx. Fans who order the album digitally via iTunes at http://geni.us/RevSaintsiTunes will receive an automatic download of “Turn Back Time.”

Check out the track listing: 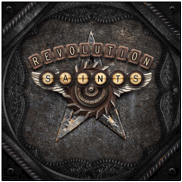 Make sure to visit their social media sites and stay up to date on the latest news from Revolution Saints.