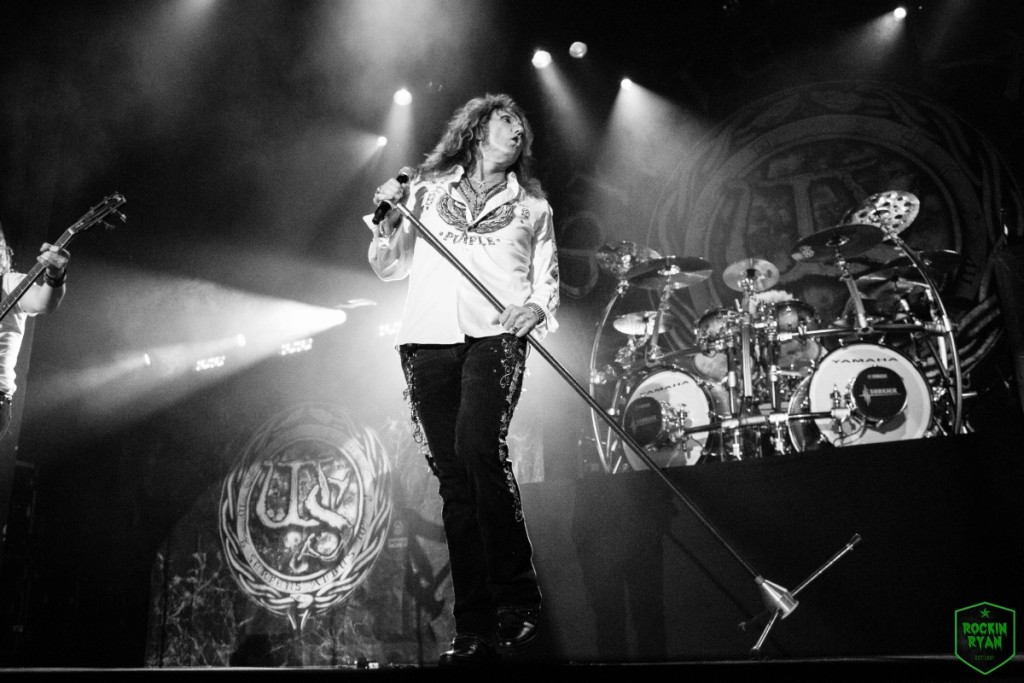 Last night was quite a remarkable evening for us. We headed to San Francisco for Whitesnake’s “The Purple Tour” at The Regency Ballroom. The Purple Tour brings David Coverdale back to his roots as they also perform several songs off Whitesnake’s Purple Album which  has been described as “a re-imagination of classic songs from David Coverdale’s time as the lead singer for DEEP PURPLE‘s Mark III and Mark IV studio albums.”  It was an absolutely magical evening of straight up rock.

Young teen rock sensation, Diamante opened up the show with a fierce high energetic set. It is wonderful see how rock and roll is alive and thriving with the younger generation. Diamante has a charismatic charm when she performs and she captivated the crowd with her powerful vocals. We will be bringing you an interview later this weekend with her. Check out some photos from our Rockin Ryan of their set:

The last time I saw Whitesnake was probably back in 1990 at the Shoreline Amphitheater. That concert stands out as one of my all time favorites and I was really looking forward to the show last night. I have to tell you, last night’s show blew me absolutely away! Who would have thought that seeing a band 25 years later and I can honestly say, “it was even better than the last time!”  Don’t get me wrong, I love Whitesnake from the 80’s,  but the band right now, is in such a greatt place. They are truly a perfect fit and the sound was absolutely spot on! They started the set with  Burn (Deep Purple classic) which is off The Purple Album and the crowd went wild. The perfect opener to let everyone know they were in for an extraordinary set. 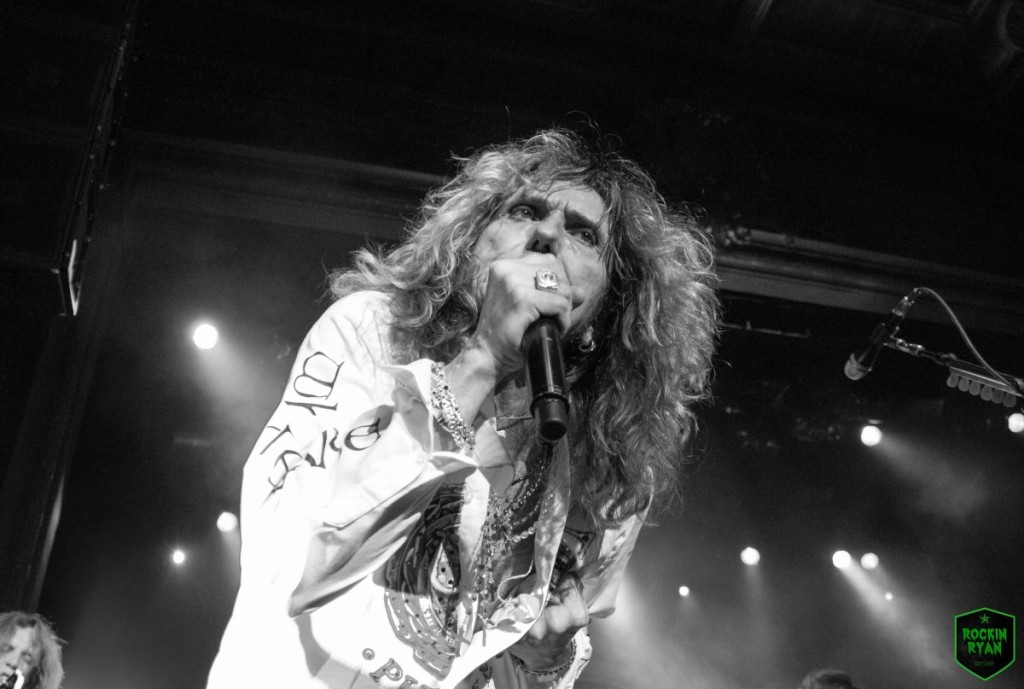 David’s vocals are holy hell, absolutely stellar. He sounded fantastic, if not, even better than the last time I saw him perform. There is no denying that this man has some of the most powerful ageless vocals on the scene today. Another highlight is the ferocious guitar work of Joel Hoekstra. I am a longtime fan of his work  and to see him perform with his new guitars (which we will be featuring in the coming weeks) was awesome. Joel is a beast on his guitars, and all the while smiling away, as you can tell he is having the time of his life. Then you look to the right and you are drawn to the fury of Reb Beach on his guitars and his smoking solos.

Another highlight was the epic drum solo by legendary Tommy Aldridge as he was an animal on his skins, even pounding them with his fists. You were held captive by his precision drumming! Michael Devin delivered a great performance during his slamming bass solo and served us a side of bluesy harmonica with Mistreated. We can’t forget the newest member, Michele Luppi on keyboards with his infectious smile as he brings the sound together to create the full effect.  What an unbelievable set!

They performed a couple more songs off The Purple Album as well as Whitesnake classics such as, Love Ain’t No Stranger, Give Me All Your Love, Still Of The Night, and Here I Go Again,  I don’t want to tell you a setlist because this is one tour I strongly urge you to see for yourself. Whether you are a longtime Whitesnake fan, Deep Purple lover, or just love rock and rock and a good show, this is the concert for you! If I could, I would play last night on repeat for quite a while… Unforgettable.

Check out some photos from our Rockin Ryan of their set:

The extensive tour doesn’t just stop here in the US, as it will also head overseas to Japan and Europe. Visit http://whitesnake.com/WS2013/features/purplealbum/index_dates.php for a complete list of upcoming tour dates. Make sure to visit their social media sites and stay up to date on their latest news.