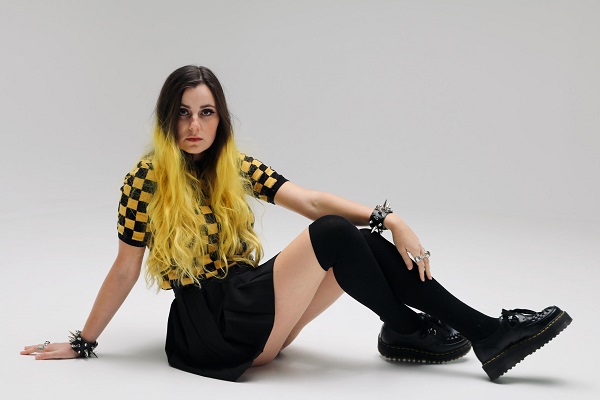 Australia-born artist Aviva has released her first single for the new year this week, titled ‘The Saint and The Sinner’ following the release of her sophomore album ‘Volume II’ and her debut novel SELF/LESS.

‘The Saint and The Sinner’ is a heavier song in the cannon of Aviva’s music and is the second single off her upcoming album. The song is a raw, and rock-centric look at the ‘hero complex’ and offers an unfiltered look at the often dismissed darker side of responsibility and what that can mean for the individual.

With a cinematic backdrop, this song sets emotionally vivid lyrics to infectious sing-song melodies and a head-banging rock beat. Aviva’s trademark vocal performances, flaunt her effortless flow and fierce yet vulnerable presence as she gets her message across.

What Aviva has had to say about ‘The Saint and The Sinner’:

“I think this song is such a strong song to start the year with because at its core, it’s a song about wanting to be better– to be the best version of yourself, and isn’t that a noble cause to start the new year? I think we all get trapped in our own minds sometimes, comparing ourselves to others. This song is pulling all those elements together and screaming them out into the darkness. Once you say something, does that make it more, or less real?”

Watch the video for “The Saint And The Sinner” here.