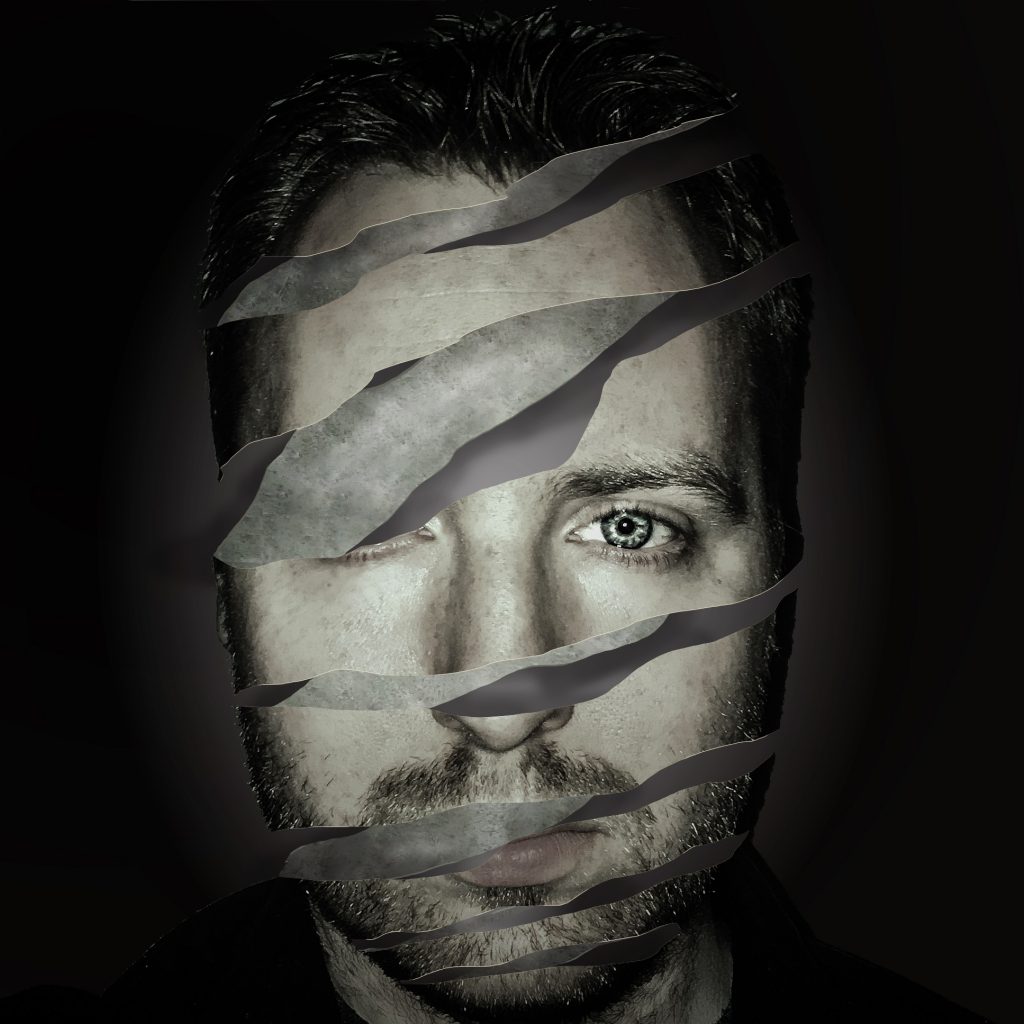 A significantly timely collection of songs tied together by the theme of unity and tolerance, displayed with the undertones of alternative, punk, prog rock, and ambient music. Soaring guitars and heavy beats dominate this release and the lyrics lament our current situation as humanity, while simultaneously hopeful in its recovery.

The EP will speak volumes to you as it brings a new level of understanding, compassion and hope. We are pleased to bring you a Track By Track from D.S. Bradford that will enlighten you on the songs and their history.

A Call To The Stars I: Ascend The Lost

The first track introduces the story that unfolds throughout the progression of the album. Based on events in my life that are pointed to overcoming substance abuse, “Ascend The Lost” evolved into a song about coming up out of the darkest place and crying out for help. In a way, this became an essential idea that relates to the world today and the way that things are seemingly spiraling out of control and the need for unity to change and become a better world. When composing this album, I wanted the songs to be brought to the listener in movements, and it plays out as though a transmission from a different reality with messages of hope and a means for change are coming over the airwaves, hence why there are no breaks between songs. They flow into one another from beginning to end.

This interlude was written on piano and was recorded originally for my live solo performances while I tuned my guitar between songs. I didn’t intend on having it on the album, but after I included it between “Ascend The Lost” and “Oceans”, I thought it was fitting to use it as a bridge between the two, from a place of pleading to the feeling of happiness, relief, and optimism. The melody is derived from the verse in “Oceans”.

This was the very first song I wrote after coming back from a difficult time in my life. The original version was released as a single back in 2014. During the time, I was learning a lot about recording and mixing and the original track was good, but not great as far as the mix was concerned. I thought it could be better. The lyrics and the groove of the song always made this one of my songs that people absolutely love and I’m proud of that. It’s humbling. It will always remind me of coming out of the funk I was in at the time, becoming a father, the joy, and the newfound purpose that continues to this day. The front cover of the single is an illustration I did of the world and in the center is my son’s sonogram image, a sort of “Mother Earth” depiction. I re-recorded the song and this version (on Elemental Evolution) has improved dramatically in the production sense. The song fit perfectly into the story of Elemental Evolution because the universal message is about letting go of the past and choosing to hold onto the things and people that matter the most in our lives. Through anything we face, they are the ones we can count on for love.

This was another interlude that was purely instrumental at one point. I was experimenting with a lot of different instruments and sounds at the time of composing this song and there are a lot of elements to it. Booming, odd time drums, the shrieking guitars, piano, the extreme low end – all come together as a sort of foreboding soundtrack to the state of the world and chaos that is going on all around us. I am by no means a politically-driven writer, but I have seen some of the stories in the news and about the election and often wonder what exactly is going on. I used a quote of Trump saying, “The American Dream is dead.” in the beginning before the music kicks into full overdrive. This is almost a sarcastic use of the quote because, to me, it isn’t dead. Everyone has dreams. Everyone has individual goals, and it is through their own dreams and goals that they achieve their own “American Dreams”. Everyone doesn’t have the same dreams. Individuals have their own minds, and this song is encouragement for people to discover what those are and seek to achieve them. After the chaos of the heaviest part of this track, I decided to calm it down by using orchestral instruments, something that I have been doing since I began work as a composer for media (Saga Of Lucimia MMORPG). The soundtrack gives a triumphant tone for the words of JFK during his “Civil Rights Address”:  “This nation was founded by men of many nations and backgrounds. It was founded on the principle that all men are created equal, and that the rights of every man are diminished when the rights of one man are threatened.” That powerful statement still rings true today in so many ways and we have a lot of progress to make as humans in this regard. 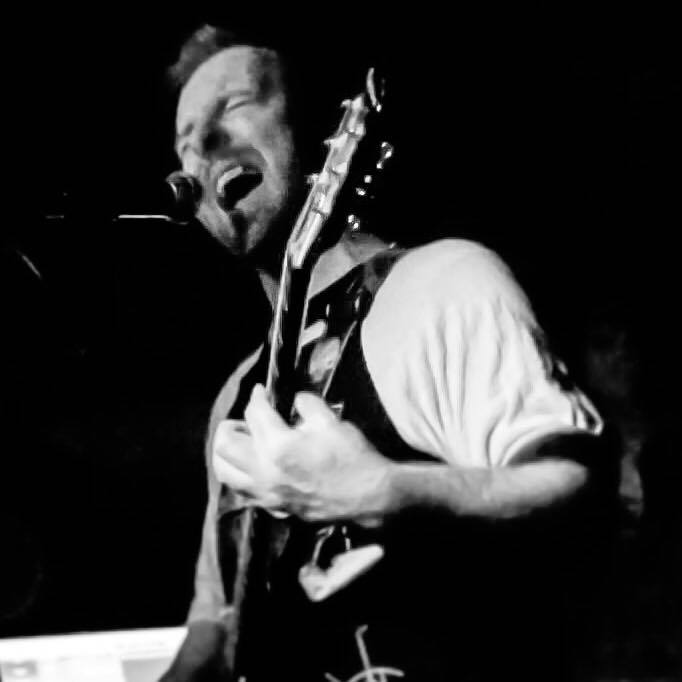 I released this song as a single at the beginning of this year. As a songwriter, I’ve written a lot of songs that are unfinished for one reason or another. The writing process for the namesake of this album happened differently than the other songs. I usually have a melody in my head and then write the words. This was the complete opposite in this case. It’s an upbeat radio-friendly song with a basic pop/rock structure. This might sound odd, but this is how “Elemental Evolution” came to be. I was awoken suddenly with the opening lyric echoing loudly in my head. I don’t know why or where it came from, but I proceeded to write it down and kept writing until it was finished. I felt like it was being channeled from somewhere else. It was powerful and it was then that I knew the album would be called Elemental Evolution because it is the idea that, as the human race, we need to evolve into a more tolerable species in order to survive. That is the message. Within the story of this song, I took a hypothetical approach in exploring what it would be like if, as a world of different beliefs and backgrounds, we would be able to coexist in a utopian world. Could we forget all of our prejudices, hatred, and stop being violent? That remains to be seen in reality, but in this song – it exists.

A Call To The Stars II: A Home In The Sky

The final track on Elemental Evolution is the longest song on the album. I usually write with a certain structure familiarly found in rock. I had a point to make with this song, however, and sometimes it is necessary to break away from traditional song structure to ensure that I included everything I was trying to convey. “A Home In The Sky” covers a lot of subjects and summarizes the messages from all of the songs into one final expression. I like to think of this song as having “movements”, not unlike classical music, because there is so much to digest. The beginning is almost etherial. I experimented with creating a really ghostly reverb on my voice and added a lot of harmonies to give space to the overall feel of this song. I decided to make “A Call To The Stars” a two-part song to create a definitive beginning and end of the Elemental Evolution story. With the first part being the low point, starting in a dark place, and the second part being the climax of the story, leaving the listener with feelings of happiness, optimism, and inspired to make the world a better place in their own way. If we all did that, this world would surely be a better place and I think that peace could be achieved if we decided to change our course and alter history, never repeating the past mistakes again. History repeats itself, some say. It doesn’t have to. Why is it so hard to achieve peace? What is so hard about loving one another? We need to tell ourselves the truth. We need to live better, treat people better. This song is addressed to everyone and the message is simple: LOVE. The song ends with a piano outro that morphs into the sounds of children playing, with the feeling of being carefree. It depicts the chance that we have of disposing of the things that have held us back and making the decision to be happy. I intend for the listener to hear the soundscapes within the ending of this song; the ocean, the happiness and innocence in children’s carefree attitudes – and be like those children. Our lives can be hectic, we miss out on a lot of joy because of day-to-day schedules and responsibilities. Take the time to experience and create memories. Take the time to laugh and enjoy each other. Go out and live, love, and evolve.

You can pick up the EP by heading over to the following links:

You can also catch D.S.Bradford perform at The Trocadero Theater on September 10th. Details for the event can be found at the following link:

Pick up the album and embrace the message within. It is time for us to focus on music that brings out the best in each one of us and shines a light of hope on what can sometimes seem like a dark world. Make sure to visit their social media sites and stay up to date on the latest news. 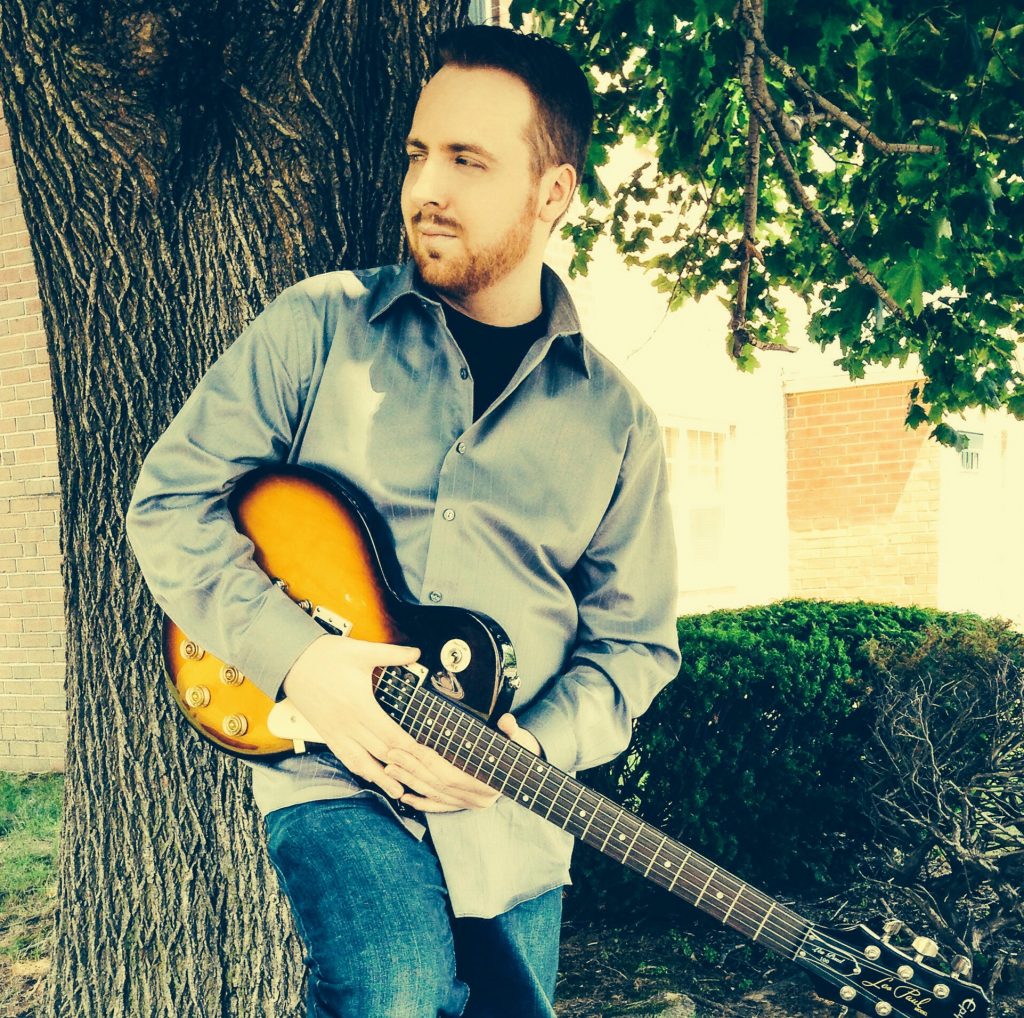