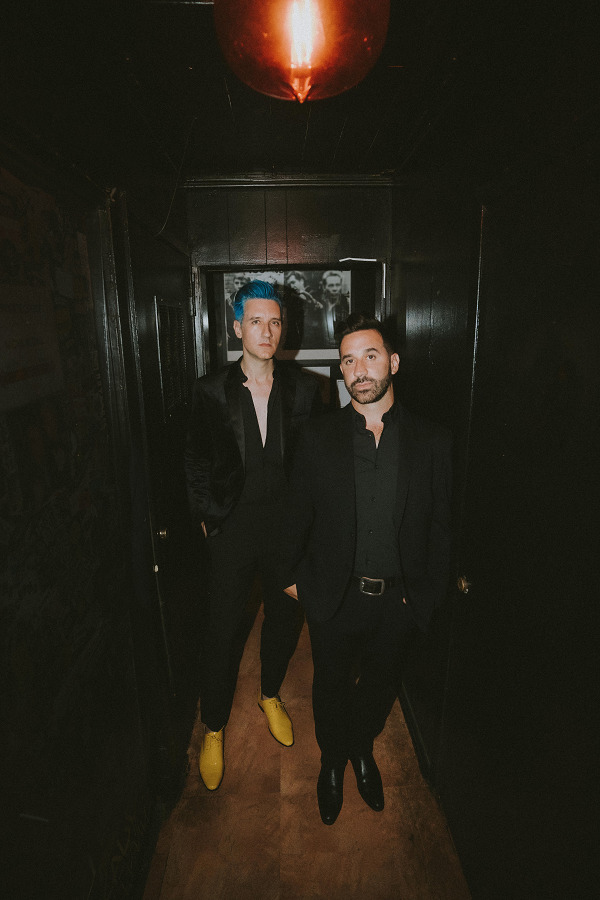 Emo/alternative rock pioneers The Juliana Theory have returned with their new EP ‘Still The Same Kids’ Pt.1 on Rude Records/Equal Vision Records. The EP features 5 songs that fully embrace the strengths of the band’s catalog of underground anthems without sacrificing an ounce of who the duo is now. Truth be told, The Juliana Theory always owed as much to The Beatles as to Sunny Deal Real Estate, with shades and shimmers of everything from Depeche Mode and Tears For Fears to The Foo Fighters in their arsenal. The first in a series of 3 EP’s to be released between now and 2023 on RUDE/EVR, ‘Still The Same Kids’ Pt.1 is a successor to the bands’ 2021 reimagined album “A Dream Away”, which featured newly encapsulated versions of beloved songs from prior releases.

On the creative inspirations behind the swirling focus track “Less Talk”, frontman Brett Detar had this to say:

“I love ‘Less Talk’. I genuinely feel good vibes just thinking about the song. To me it’s all about feel and that makes sense because it’s one of those songs that seemed to fall out of the sky into my lap. Maybe that breeziness has something to do with the 12/8 shuffle groove that it shares with Tears For Fears ‘Everybody Wants to Rule the World’ and Michael Jackson’s ‘The Way You Make Me Feel’ but it just glides. I love the infectious, syncopated bass guitar part. It’s probably my favorite bassline we’ve ever had. Josh and I grew up listening to the radio religiously in an era when pop rock ruled the airwaves. In our most formative years – long before punk and its off-shoots took hold of our ears and hearts we were in love with the sounds pouring out of top 40 radio made by bands like INXS, Phil Collins and Genesis, The Cure, Toto, and Tears For Fears. We didn’t set out to make anything overtly throwback but ‘Less Talk’ nods to the music of our youth. I’ll stop talking now because I’m just using words to describe a song that’s literally about talking less and I’d rather let the song speak for itself”.

Prior single “Playback ’99 (Burn The Cassette Deck)” showcased the band at their dynamic best – evoking their influences but remaining utterly original in their songwriting. Detar had this to add about the band’s sonic approach on that track:

“Musically ‘Playback ’99’ sounds exactly like a crossroads. It rides along hastily on top of layers of Joshua Fiedler’s signature guitars and energetic punk rock drums – an updated take on the band’s angstier, distorted-riff-driven songs and then makes an abrupt turn onto a hazier roadway featuring a cascade of overlaid vocal phrases before easing into a borderline dream sequence. I think what I’ve always loved about music is its ability to NOT make us choose a road. As listeners and songwriters, we are free to be transported back to a moment while simultaneously inhabiting the present. In a song time can stand still and carry you metaphysically – almost spiritually – to another place”. 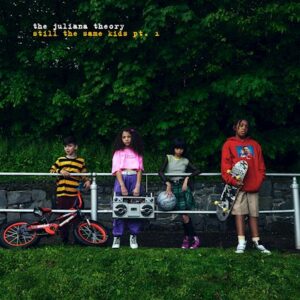 The Juliana Theory will be out on tour supporting Dashboard Confessional and Andrew McMahon (The Wilderness) on some of their summer tour dates in the US. Tickets are already on sale! 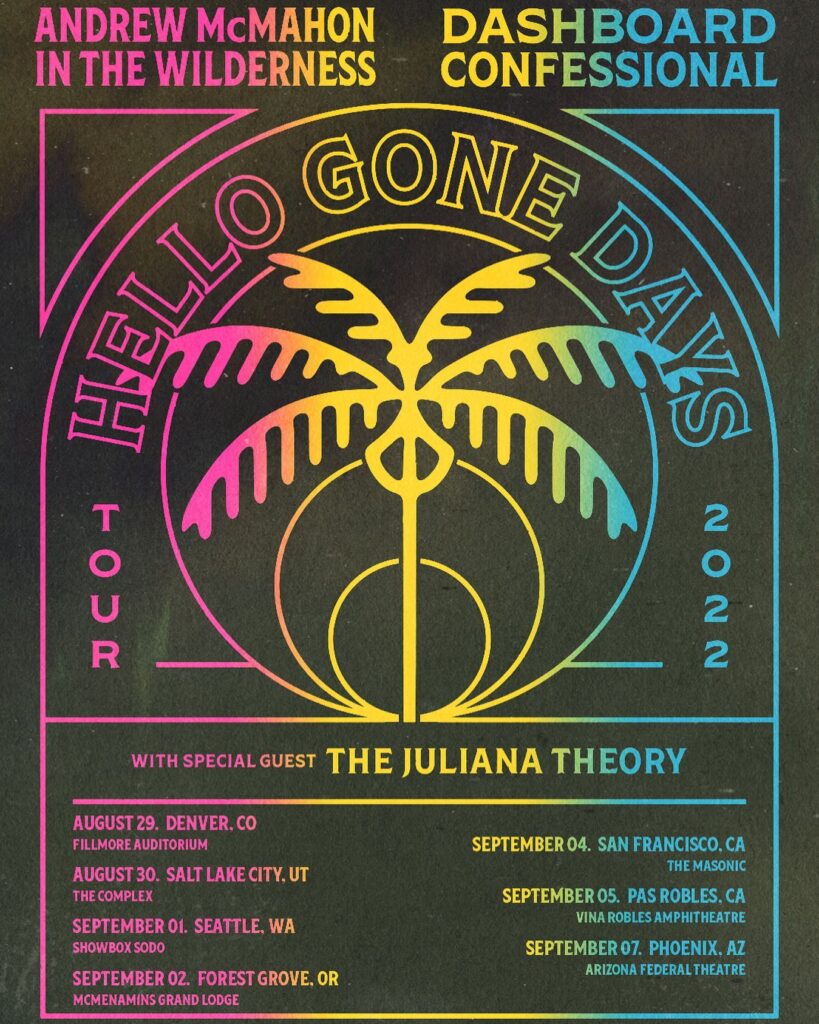