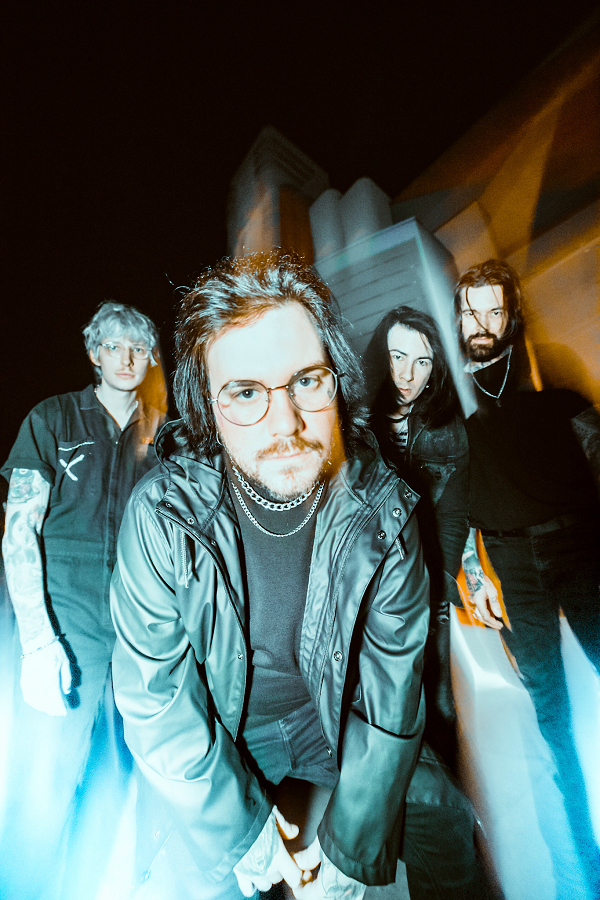 Moodring have kicked off their 2022 in style by unveiling a brand new single – the soaring mini-epic, Disintegrate.

Almost one year to the day since the Florida quartet revealed themselves to the world with debut single “Show Me The Real You“, “Disintegrate” marks the first new Moodring music recorded since their signing to UNFD, and showcases an ascendance to the next plane of their songcraft. Shimmering guitars swirl, shift and pulse around lead vocalist Hunter Young’s ethereal yet impassioned melodies, building to a climax that will raise every hair of anyone with a heartbeat.

“The sound of Moodring derives from an eclectic mix of genres, but it’s when we can contrast these differences within one song that we really thrive, and I think this track is a key example of that” says Hunter; “On the surface the song is this beautiful, epic “gazer”, but lyrically it delves into much heavier subjects, such as the hopelessness one can feel when everything you pursue seems constantly out of your grasp, and the nihilistic tendencies that I think everyone can lean into at times. Everyone has regrets, but it is regret for the things we did not do that is truly inconsolable”.

Moodring’s artistic tendency toward contrast and juxtaposition is rooted in more than just the crumbling of walls between musical genres, with their lyrics offering up an existential commentary on the peaks and troughs of life itself. As Hunter elaborates:

“The human experience can be both beautiful and terrifying, simple yet incredibly complex, and ultimately, it’s entirely human to feel unsure if you want to participate in any of it. Sometimes, the only escape you can find is in a daydream – Disintegrate is the soundtrack of both the conflict and the daydream”.