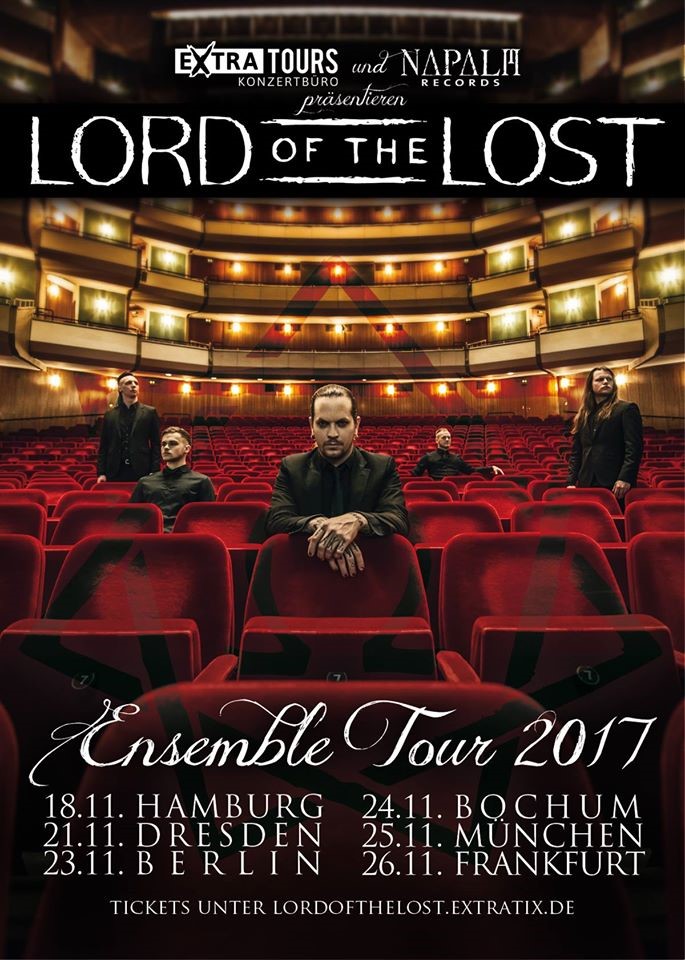 Just about two weeks after they finished their headlining tour through Germany and Austria, German Dark Rock band Lord Of The Lost announce the Ensemble Tour 2017.

In 2015 the band already did a successful acoustic tour with a classic ensemble. Check out our report from April 2015 at https://musicjunkiepress.com/music/concert-review-lord-of-the-lost-and-florian-grey-in-munich-by-alexandra/.  Many fans hoped for a comeback of this arrangement and the band listened.

Tickets are already available at www.lordofthelost.extratix.de. Better be quick, because there will be seats, so there won’t be as many tickets available for that shows.

Lord Of The Lost just recently signed a worldwide record deal with Napalm records, an Austrian label. First release on that label will be another acoustic/ensemble record, ‘Swan Songs 2’, announced for fall 2017.

Make sure to follow the band on their social media