Last Friday, Together Pangea released the instantly catchy “Grass,” a nostalgic summer anthem about the circle of life. The band have just wrapped up their US tour and will be heading to the UK and Europe next month for a series of festivals, headline shows and support dates with Jimmy Eat World to promote their latest album DYE. “Grass” and the previously released song “What It’s Like” hail from the DYE sessions, which delivered an undeniable collection of hooks, anthems, and power pop garage rock catchiness, and these two additional songs are no exception.

“”Grass” is about both the gradual (but increasingly frequent) realization of one’s mortality through aging and the attempt to find solace in knowing that there is comes to an end and that life goes on as it was before and after our deaths.”

“Grass” will be included on the extended version of the current album “DYE”, which will be released on July 8th. 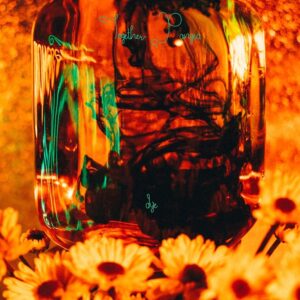 In addition to the already announced show-dates with Jimmy Eat World and The Get Up Kids in Germany, the tour has been expanded to include a few headline shows and an appearance at the Tempelhof Sounds Festival in Berlin June 10th, 2022.

Known for their amazing live shows, Together Pangea can’t wait to bring DYE live to their fans all over the world. William Keegan adds:

“We’ve waited three years to play to a European audience again and we’re really excited to finally be able to do it this summer! It feels great to be able to do festivals, play support shows for Jimmy Eat World and have a few shows of your own along the way. We love Europe very much and are very happy to be back here!”

Inspired by audience reactions to certain songs during the 2019 live shows, lead songwriter Keegan made a conscious effort to consider the band’s audience with the goal of writing more sing-along choruses. With this, the band returns to the emotional energy, vulnerability, and intensity of the popular 2014 album Badillac . In fact, he describes DYE as an amalgamation of the band’s last three albums: 2017’s self- actualization experiments Bulls and Roosters, the frantic and shrieking Badillac with its inspiration from emotional, raw grunge, and 2011’s ’50s-pop-heavy Living Dummy.