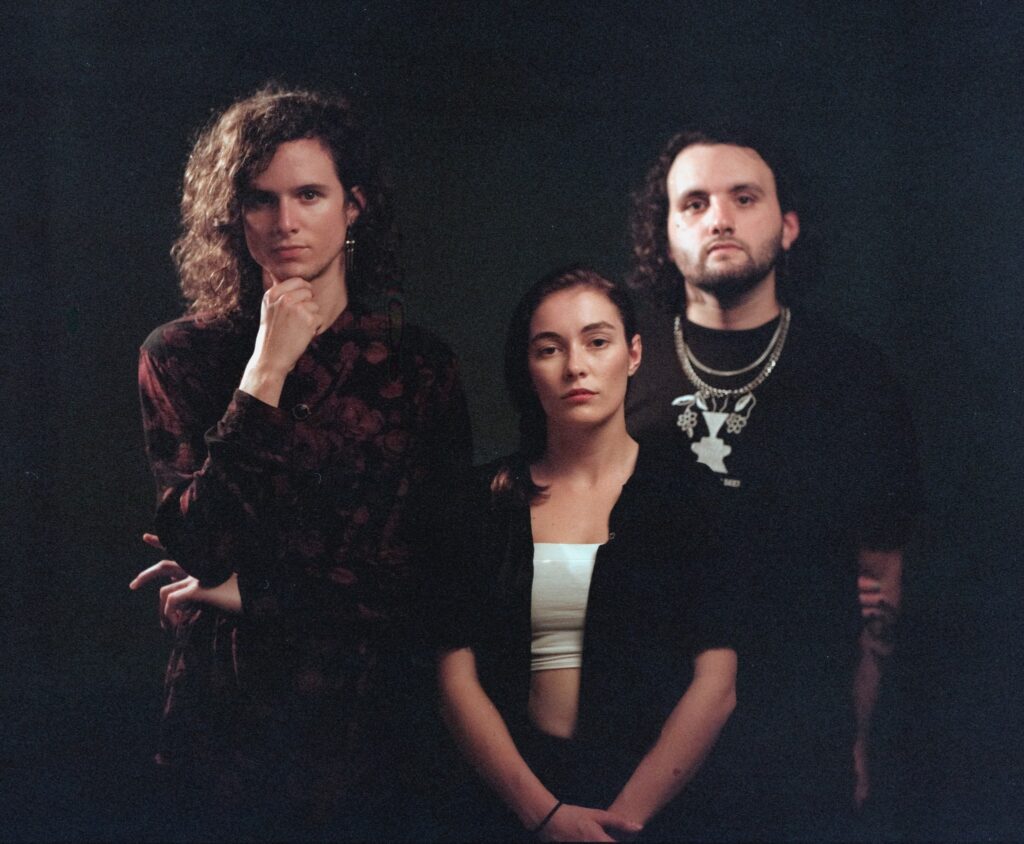 Today, progressive post-hardcore outfit Vagrants shared their new single and video “Skin and Bone” out now on Rude Records/Equal Vision Records. Formed in 2017, Vagrants’ current line-up is composed of Jose DelRio (guitars/vocals), Anastasia Hayes (Drums), and Bryce Ballinger (guitar). “Skin and Bone” is a continuation of the bands progressive sound – awash with intricate guitar and drum work supported by modern electronic elements. The tracks vocals are equal parts soaring and powerful, conveying the dark message of the song with a melodic sensibility that is undeniably catchy. The official music video is comprised of caustic live shots of the band and a compelling cinematic narrative that adds emotional weight to the visual.

On the theme of their new single, guitarist and vocalist Jose DelRio has this to say:

“Our new track “Skin and Bone” embodies a feeling that almost everyone has experienced at some point – Does any of this matter? Albeit nihilistic, it is a very human emotion. This song served as a way for me to express that at the lowest point in my life, when I was so close to giving up. Through the action of putting pen to paper, the creation of this song kept me going in those dark times. Stylistically, this song shows the scope of the band’s influences- from huge rock choruses and massive riffs to an intimate expression of self over ambient dark-pop tones. As the follow up to our last single “You Still Linger”, we chose this song to represent our need to push the sonic envelope and our unwillingness to be nailed down to one specific style”.

About Vagrants:
Formed in 2017, Vagrants’ current line-up is composed of Jose DelRio (guitars/vocals), Anastasia Hayes (Drums), and Bryce Ballinger (guitar). 2021 single “You Still Linger” saw DelRio taking charge of the band and stepping into the lead vocalist role for the first time, previously providing clean vocals only on 2019’s Separation EP and a slew of singles. Latest single “Skin and Bone” shows the band continuing their experimentation across the post-hardcore, emo and alternative genres to create a sound all their own. Having built a dedicated fan base through extensive touring, the band has shared the stage with Hawthorne Heights, Emery, The Word Alive, and Eyes Set To Kill to name a few. With a renewed outlook and transformative sound, Vagrants are definitely going to be a band to keep an eye on in 2022 and beyond.