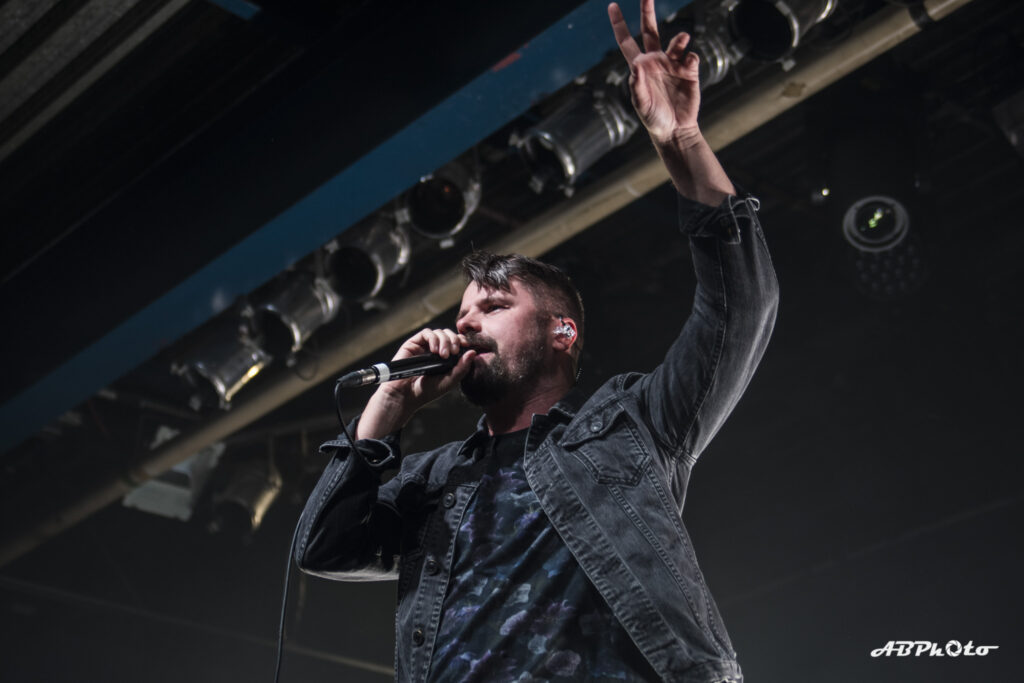 Not many bands, turning their 22nd round in the scene, can say about themselves that they “have just started”, like punk veterans Silverstein.

The release of their 10th studio record “Misery Made Me”, starts a new high, which is based on their success over the last year: Their last record (2020’s A Beautiful Place To Drown) added the band 80 million streams to 500 million plays in all on their account. The long-player was nominated as “rock album of the year” at the esteemed Juno awards and their last headline tour through the coolest venues was almost completely sold out.

With the birth of “Misery Made Me” Silverstein increased their already extensive influence: Through the adaption of new technologies like TikTok, Discord, NFTs, the metaverse, and Twitch (which the band even used for public writing sessions with the fans) the band has proven their unique ability to adapt innovations at all stages of their career.

Interestingly there are – as the title suggests – in all the positivity and unity, that went into the creation of the album, a number of dark themes on which the album is based on. Inspired by the last two years “Misery Made Me”, a presentation of Silverstein, as well as worldwide collective unrest, frustration, and angst.

“I wanted to explore the meaning of ‘misery’ as main theme of the album,” states singer Shane Told. “Despite the heights which were climbed over the last years and the mountains, that were shifted, we were confronted with the load and misery to be blocked for a long time. It became important to find peace in the reality of this misery. The record is about accepting and adjusting to a new reality.”

In the end, the band tries to master the constantly worsening challenges of our modern world like angst, doomscrolling, and dissociation with “Misery Made Me”. The record is a product of the time it was created in. Despite that, the discussed topics of loneliness, angst, and isolation feel timeless, because they present lasting social problems.

It is as much fascinating as inspiring, that a band, which could have rested on their impressive legacy, dives deeper and finds inspiration to reach people in a new way. “Misery Made Me” is a campaign that is based on Silverstein’s return to their roots, their appreciation for their first fans, and the undying wish to find pioneering and adventurous ways.

Shortly before the first COVID lockdown in 2020, the band had been touring Europe with their 20 years anniversary tour. Since touring slowly started again in 2022, Silverstein have been busy playing shows. They are currently back in Europe and the UK. In August/September they will be touring the US with The Amity Affliction and in November they will be back on European/UK soil. For tickets and a full list of upcoming tour dates go to https://silversteinmusic.com/pages/tour-dates 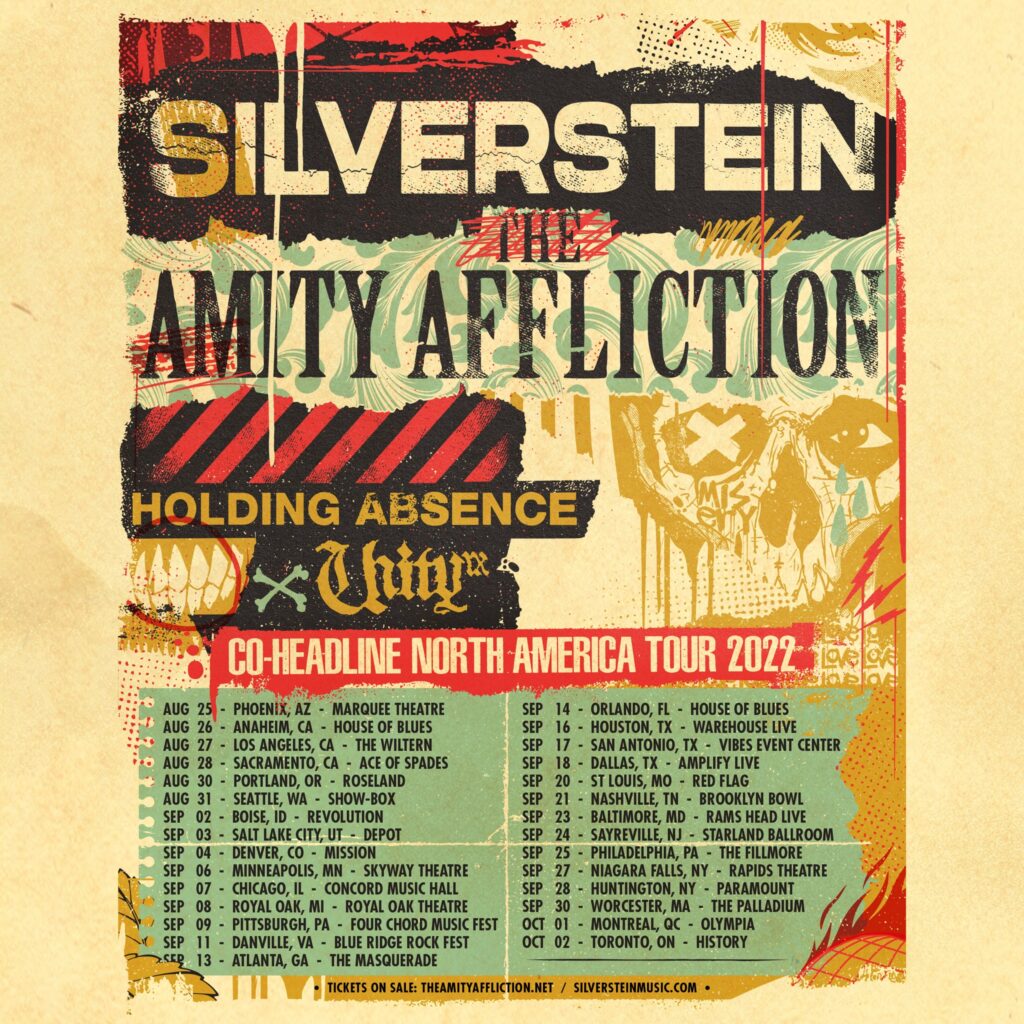 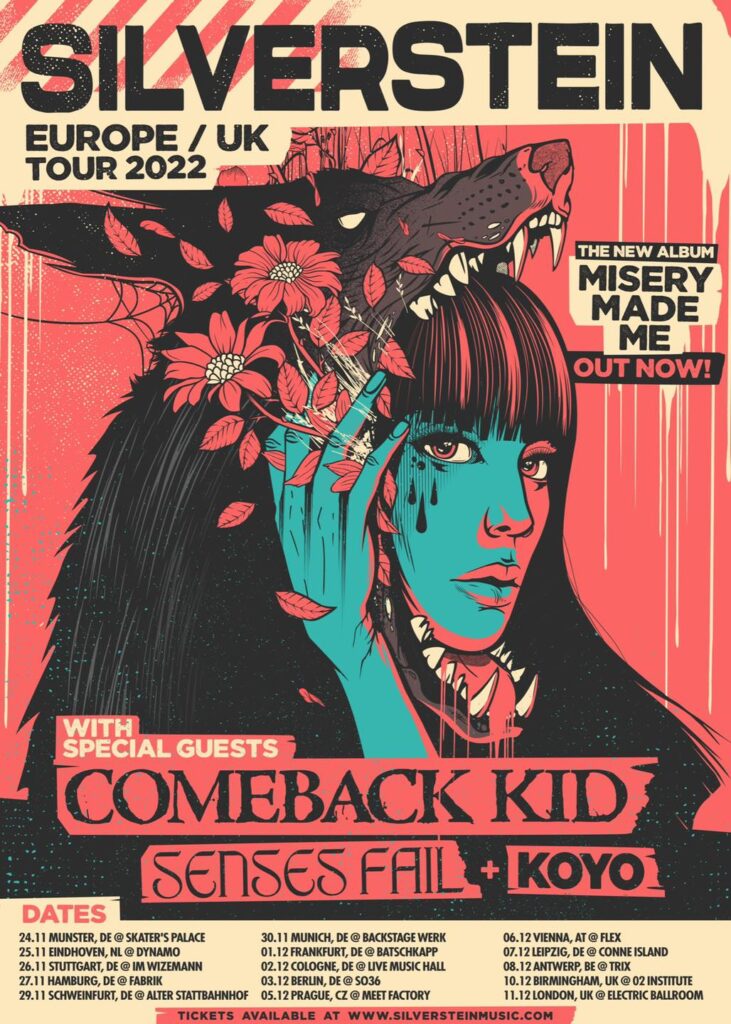 Don’t miss the band live and also check out their latest singles: